Write Review
Chris
Update: so yes these did die less than a year after I got them. However one short phone call with Makie and they were sending me a brand new pair & a shipping label to return the defunct pair! So in the end the Mackie name stood behind their product!

These were 5 star speakers until they just stopped working I bought them in August of 2016 and they have been the kind of awesome quality and sound you expect from Mackie then one day recently they went silent. Now I can either pay a bunch of money for shipping for them to decide if they are under warranty or throw them away :-(
Ted Hendershot
The CR3s have a defect in the selector switch which tends to exhibit itself between one and two+ years after purchase. In my case, this was temporarily fixable by fiddling with the switch and moving it to a middle position, but it sounds like that's not a solution for others. They will not honor this as an out-of-warranty hardware defect, so if you bought these, you're sitting on a time bomb.

It's a shame, because these are lovely, clear, and neutral--great for video work. Nice transparent highs. Good look, solid-seeming build.

UPDATE: The selector switch finally failed for good, rendering these useless.
nathan
I like listening to music, that's all. I'm no audiophile or musician, I just wanted speakers that could play music with great quality when I'm hanging out at home (mainly through Pandora, Spotify or Google Music). So my research began and obviously considered all the big name bluetooth and wifi speakers, such as Bose and Sonos. But then I remembered that Google came out with the Chromecast Audio that allows me to connect to any speaker through a headphone jack and cast music from any iOS, Android or computer device. So ultimately I could buy speakers that are better quality at a cheaper price, and so I began looking into the world of studio monitors which I hadn't considered before.

My budget was $200 and luckily you can get some really great studio monitors for this price, such as these Mackie CR4's. They're the perfect size for my bookshelf, had amazing reviews (and rightly so), very easy to hook up, very very good quality sound and look fantastic. My wife was frustrated asking
JRSIV Music Ltd.
As a songwriter/musician who has experience recording in my home studio and in project/pro studios, I've heard many monitors over the years. Classic '80's Yamaha NSM-10's, really nice Genelecs, and I owned some first generation passive Alesis Monitor Ones, and so on.

These Mackie's are unreal for the money, I wouldn't flinch at $100 each, not $100 per pair! But they are, and in that regard they are really great speakers for general use (PC speakers, gaming, multimedia, etc.)

For studio monitors they aren't completely transparent and don't have a razor flat frequency response, but if you already have good ears and experience with recording then these are great 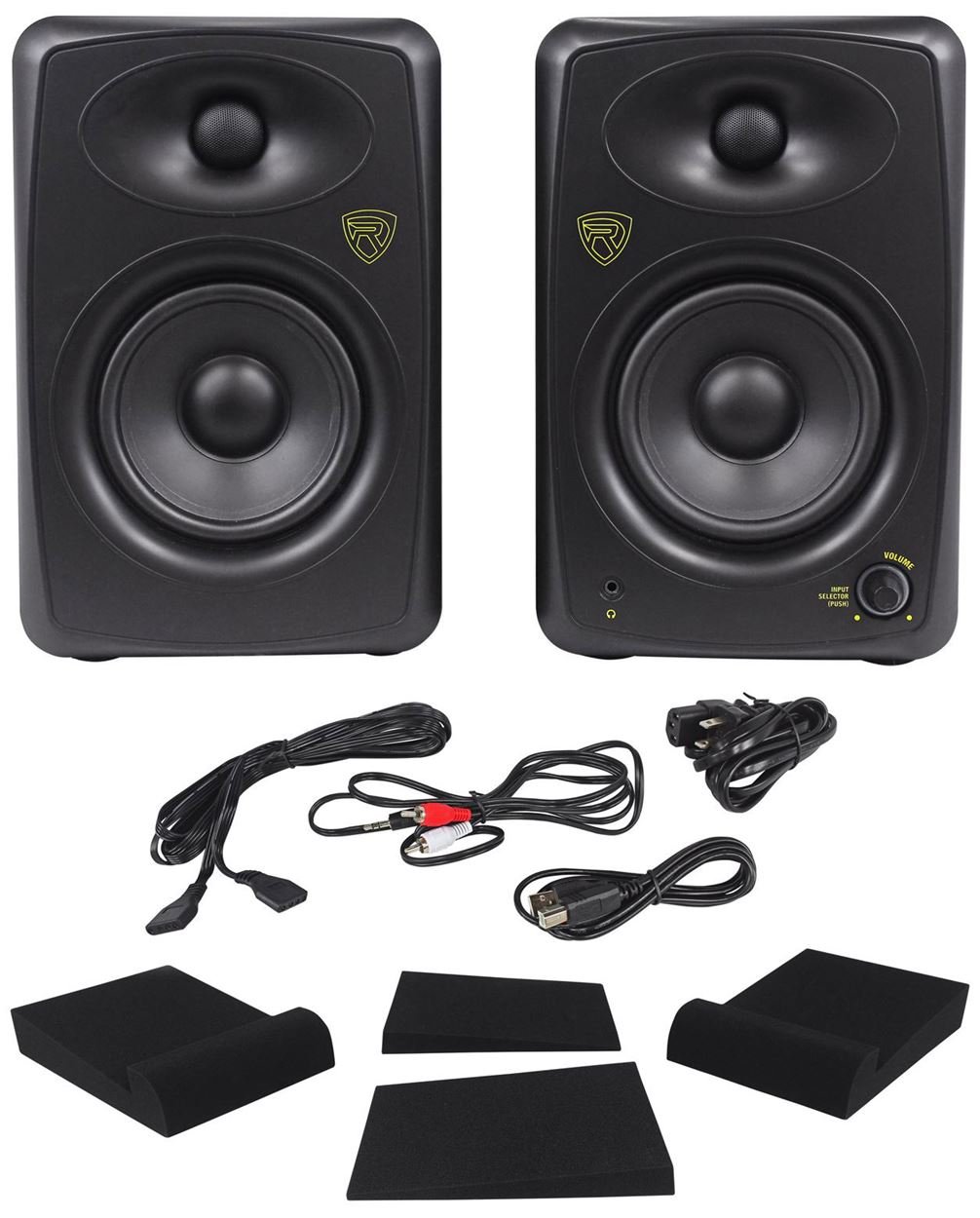 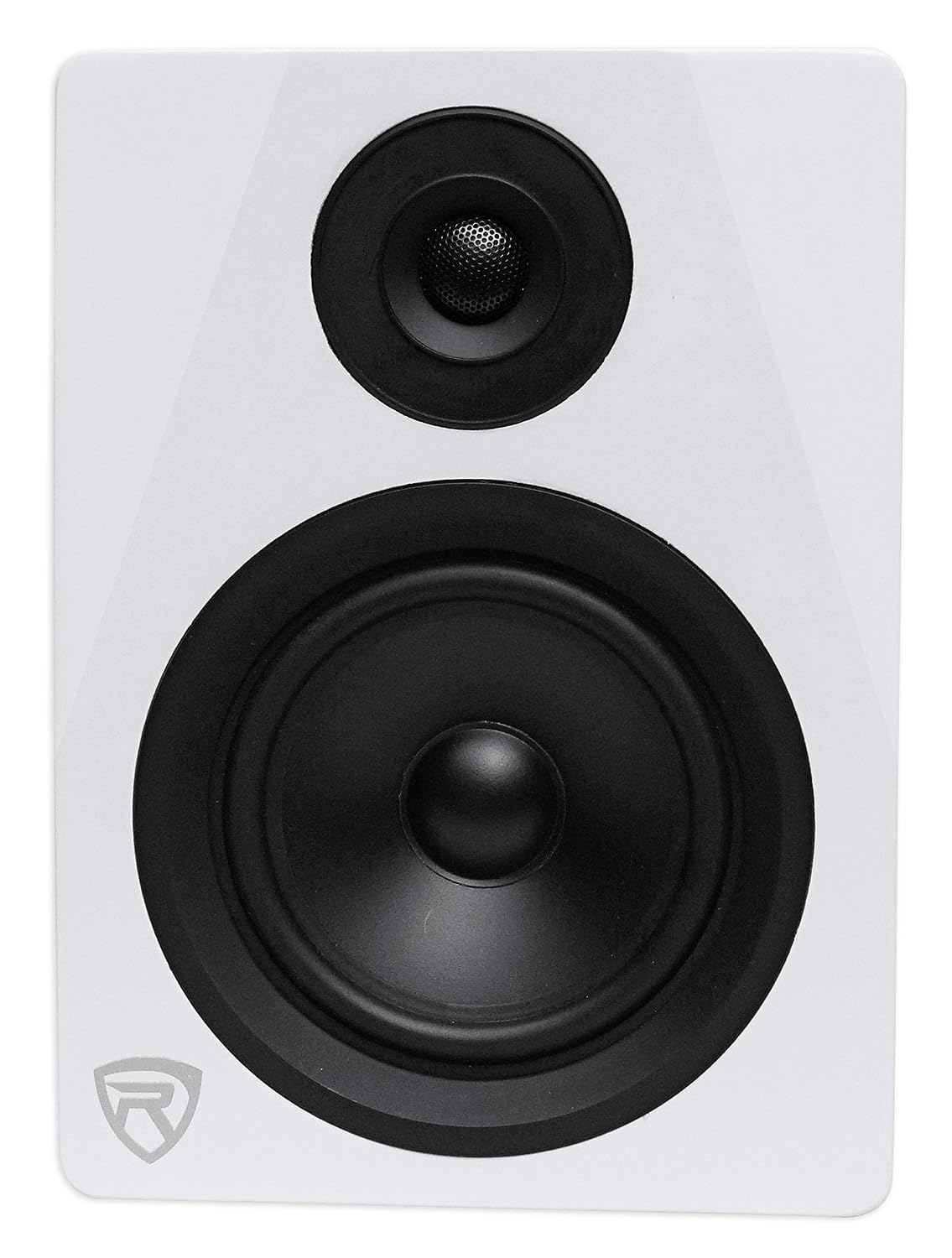 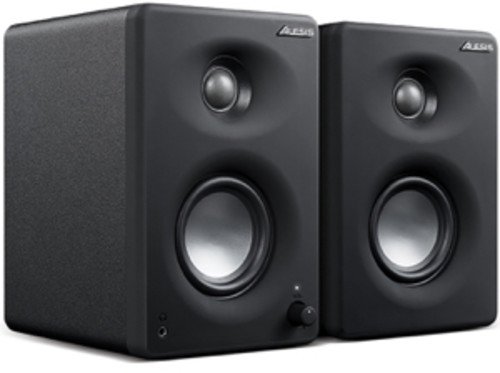 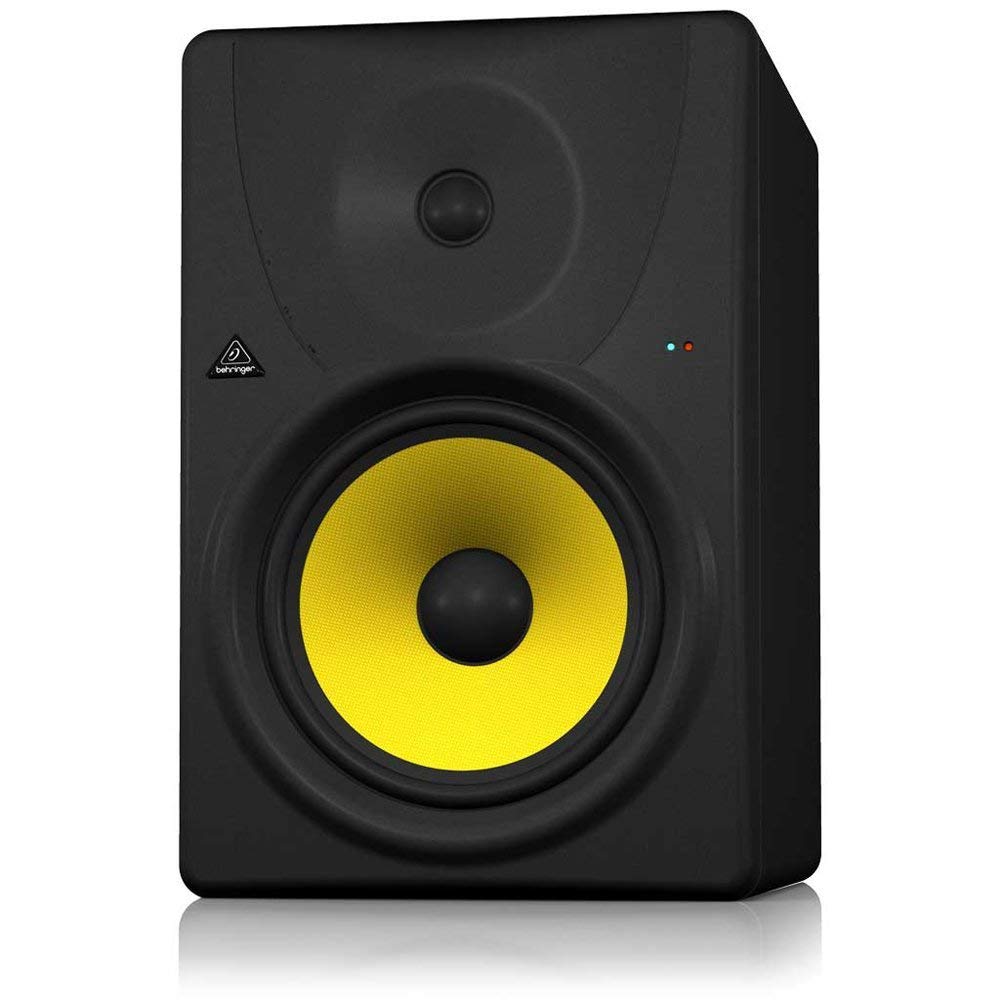 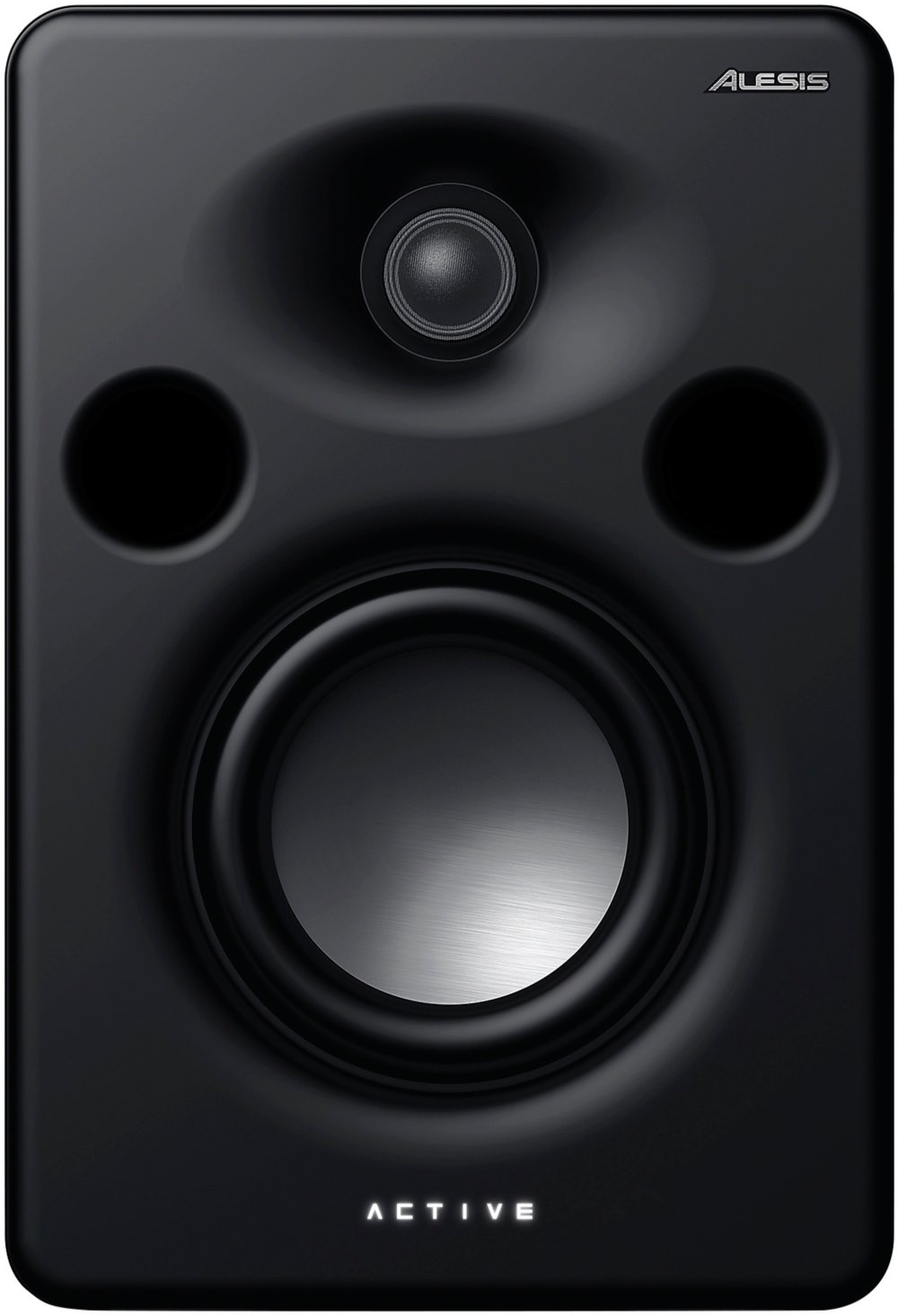 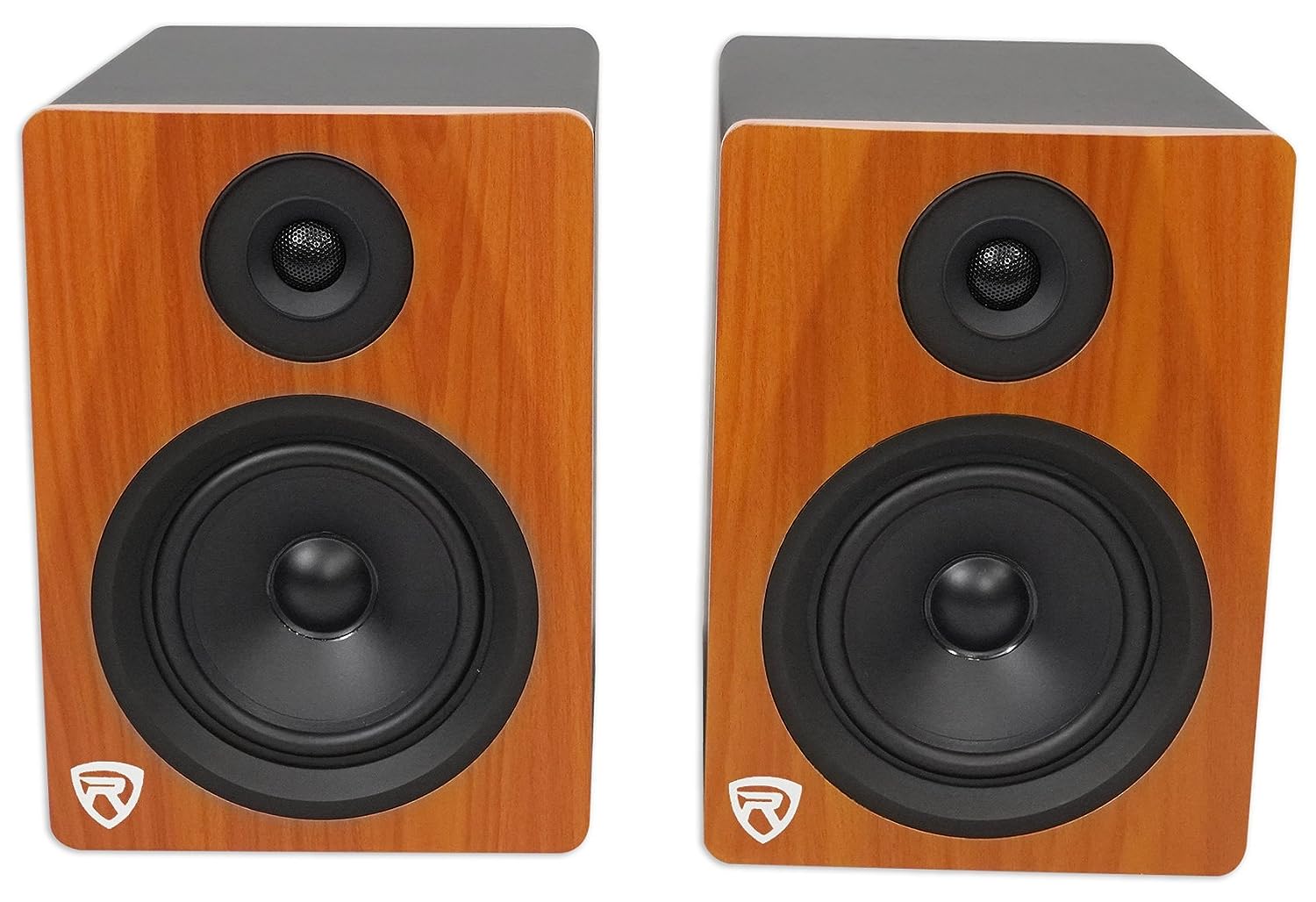 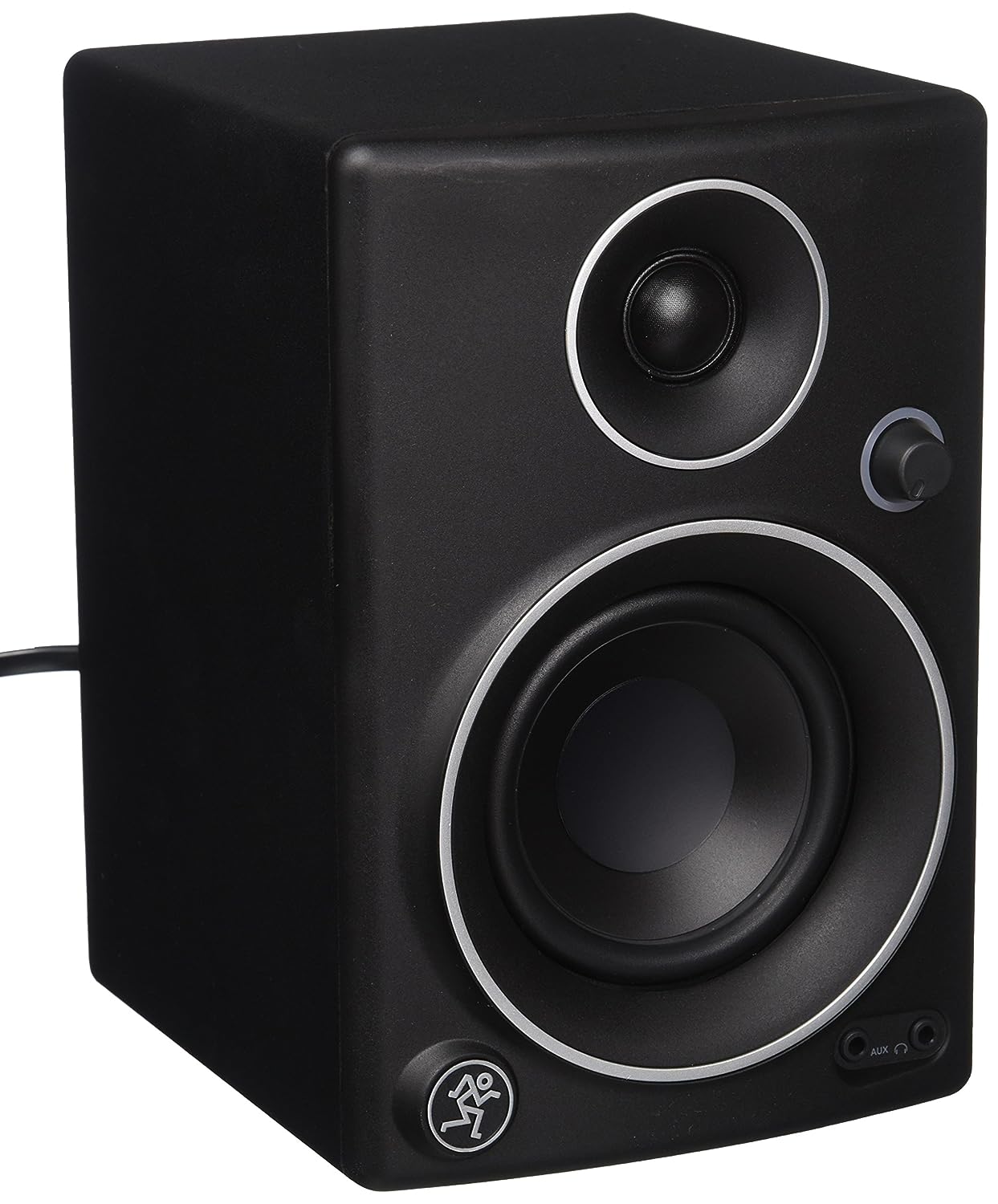 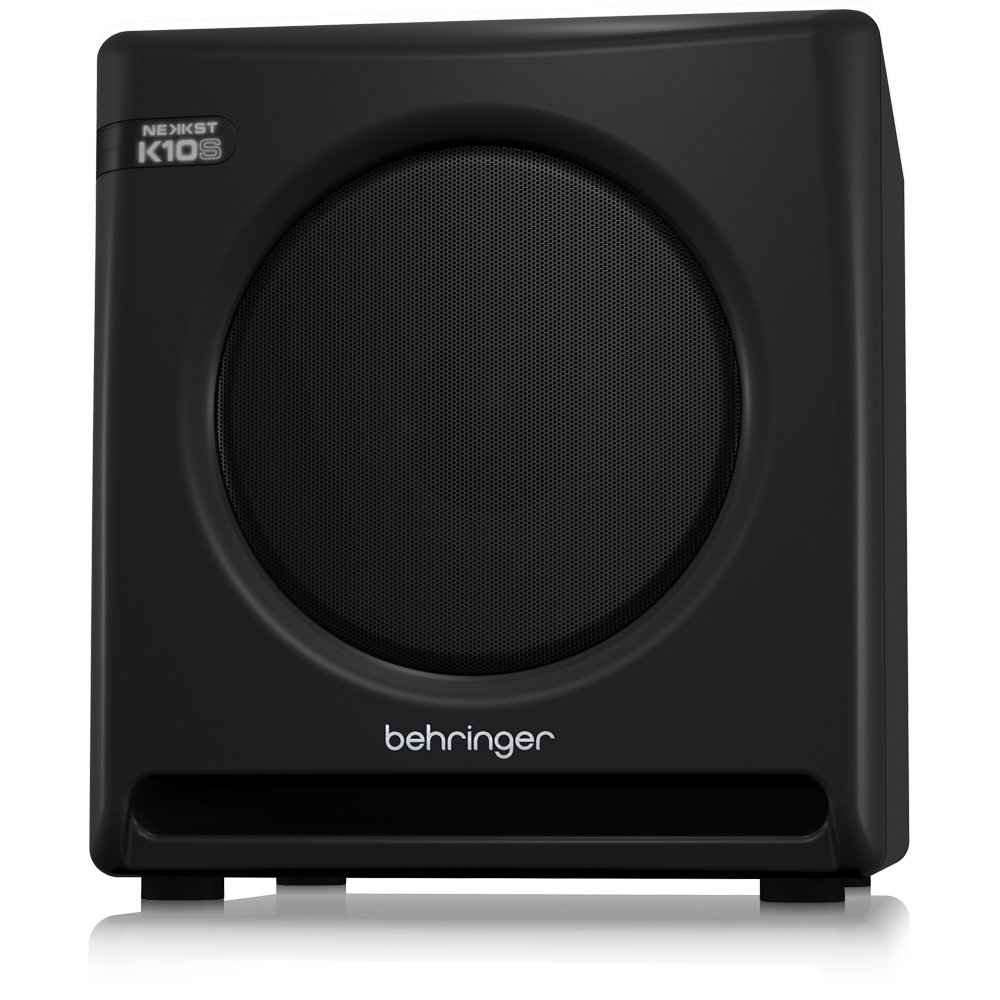 Buy products worth at least $40.00 and we offer free shipping

We strive to process and ship your order within 5-7 business days of receiving your order!

If the product does not like, you will get your money back in maximum 30 days. Guaranteed!

Do not like your product or it suits you? You can change it easily and quickly through our courier by contacting us by phone.